This submission focuses on highlighting the role that deeply embedded societal attitudes about children have played in creating a cultural context, both in institutions and in the wider community, which enabled the widespread sexual abuse of children to be concealed, and allowed perpetrators and institutions to deny any wrongdoing, and evade efforts to hold them accountable for decades.

Nothing has provided a starker example of this than the shocking revelations of the Royal Commission. Children who spoke up about their abuse, the adults who spoke out on their behalf, and even the laws that made the sexual abuse of children a crime, were no match for the prevailing culture and the attitudes of those in positions of power, who chose not to believe the child and put the protection of institutions and adults first.[i]

The power of dominant societal attitudes and the lack of value assigned to these children and their lives is glaringly apparent in retrospect. Yet a far greater and more confronting challenge is to identify it in our own time and the role it continues to play in children’s ongoing vulnerability to sexual abuse, despite today’s unprecedented focus on children’s safety and wellbeing.[ii]

The VCI believes we must ask challenging questions about how we value children in Australia. What we value, creates the culture of a society and in turn drives conduct. How we value children, therefore, although sometimes overlooked, plays a critical role in ensuring a child’s safety and wellbeing, because it directly impacts on how they are treated and the priority given to their needs and rights.[iii]

What we value is reflected in societal attitudes. Prevailing attitudes, both conscious and unconscious, and particularly of those in positions of authority are powerful, even more, powerful at times than a country’s laws and justice system.

The VCI acknowledges that the very particular set of circumstances that created the high-risk environments in institutions where sexual abuse of children occurred, with poor prospects of detection, as well as inadequate mechanisms for reporting and punishment of perpetrators, by and large no longer exist.[iv]

It seems reasonable to also assume that today, children who report sexual abuse, are more likely to be believed and action taken on their behalf. Yet a survey undertaken by the VCI found that even today, 63% of survey respondents agreed that a child’s word is less likely to be believed than that of an adult.[v] We cannot, therefore, say with any certainty that underlying attitudes towards children in this respect have changed.

Sexual abuse of children remains rampant in Australia, and it is estimated that as many as one in five will be sexually harmed before the age of 18 years.[vi] Whilst this mostly occurs in a child’s own home and by someone they know, there continue to be reports of sexual abuse in institutions.[vii]

The Royal Commission represents a once in a generation opportunity to question and to seek ways to change attitudes to children that have made them vulnerable to sexual abuse in the past, and continue to do so today.

Royal Commissions are indispensable to the acceptance and admission of past failures and to make recommendations that encompass a broad range of strategies.

Acceptance of past failures can however unintentionally imply that the attitudes of the past are just that and that improved policy, programs, and legislation, essential as they are, will be able to bring about the change required. The VCI believes that this mental shortcut is a grave mistake.

The VCI respectfully makes the following recommendations which will play a part in driving attitudinal and cultural change.

Recommendations for consideration by the Royal Commission.

Promote the understanding that a society’s attitudes towards children and how we value them impact fundamentally on their safety and wellbeing.

How we value children matters. It directly impacts our attitudes to children and by extension how they are treated, and the priority given to their needs and rights.[viii]

Failure to value children has undermined the laws and policies that are in place to protect children[xi]. It has influenced how elected representatives have exercised their statutory responsibilities to protect children, and rendered children’s protection, and rights, secondary to those of adults and institutions.

Nothing has provided a starker example of this than the shocking revelations of the Royal Commission. Children who spoke up about their abuse, the adults who spoke out on their behalf, and even the laws that made sexual abuse of children a crime, were no match for the prevailing culture and the attitudes of those in positions of power, who chose not to believe children and put the protection of institutions and adults’ first.[xii]

The attitudes of powerful institutions and individuals, and the deference of many in society, provided a cloak of untouchability, and even today has been used as an excuse to explain and rationalise what occurred. [xiii]

In evidence to the Royal Commission, for example, Ms. Doyle, a former supervising child care officer of the Department of Children’s Services, when asked why the license for Riverview, (one of four institutions run by the Salvation Army for wards of the state) was not removed, despite clear and articulated concerns about the mistreatment of children, said that the responsible Minister was reluctant to move against an institution run by any religious organisation[xiv].

Cardinal Pell, told the Royal Commission that the view held in the 1970s and 1980s in Ballarat was, “generally not to believe the child”. In contrast, he went on to say, that “I must say in those days if a priest denied such activity I was very strongly inclined to accept the denial”[xv].

The power of dominating attitudes and beliefs, and the lack of value assigned to these children and their lives, is glaringly apparent in retrospect.

A far greater and more confronting challenge is to identify the power of endemic attitudes in ourselves, and in our own time.

For this reason, the VCI believes it is important to promote understanding that how we value children, and a society’s attitudes to its children play a crucial role in their safety and wellbeing.

Undertake research to better understand attitudes to children and the part prevailing attitudes play in a child’s safety and wellbeing.

The Valuing Children Initiative Benchmark Survey: 2016 (the survey) [xvi] provides a snapshot of Australian’s attitudes to children and attitudes towards policy consideration of children’s needs in Australia.

The survey provided some thought-provoking findings.  For example, 70% agreed that children ‘belong’ to their parents until the age of 18 years.[xvii]  When asked to describe children, the most commonly chosen words were spoilt, lazy, and selfish.[xviii]

More than 50% said that issues like jobs and the economy were more important to them than the needs of children.[xx]

Almost half (49%) agreed that children today have too many rights.[xxi]

A recurring theme, in evidence given to the Royal Commission, has been that children who had been sexually abused and reported it, were simply not believed, implying that a dismissive view of children was widely held and accepted.

While it seems reasonable to assume that children who report sexual abuse today are more likely to be believed, and action taken on their behalf, it is significant than that 63% of survey respondents agreed that a child’s word is still less likely to be believed than an adult.[xxii]

The VCI believes that further research is required and far more attention must be given to gaining a comprehensive understanding of attitudes to children, what drives them, how attitudes shape the underlying culture, and the role this plays in creating a safe environment for children.

Create a dedicated Ministerial portfolio for Children and Future Generations, and a National Plan for Children.

All children must navigate a world they had no part in creating. The childhood they experience is entirely dependent on the circumstances they are born into, and the attitudes and actions of the adults closest to them, as well as the wider society. This is the inevitable consequence of being a child in an adult’s world.

This means children have a limited capacity to influence culture and attitudes. In particular, their lack of participation in the political process results in unconscious bias that relegates their rights and needs to a lower priority than adults, just as women and indigenous Australian’s experienced before they gained the right to vote.[xxiii]

This bias has no doubt played a part in enabling the sexual abuse of children to continue without scrutiny for decades.

Just as dedicated Ministers for Women were appointed to advance gender equality and improve the lives of Australian women, [xxiv] a dedicated Minister for Children and Future Generations is needed to ensure a greater focus on children’s rights[xxv] and needs.

It is notable that today, despite having 42 Ministers and Parliamentary Secretaries, the 45th Turnbull government does not have a single portfolio that includes the word ‘child’.

Portfolios that provide services for children have not proved to be adequate as evidenced by the need for two concurrent Royal Commissions,[xxvi] as well as the increase in substantiated cases of abuse and neglect.[xxvii]

A Minister for Children and Future Generations would be a tangible sign of the value placed on all children, and a commitment to their rights and needs.

The VCI believes a dedicated Minister is needed to ensure a more sustained focus on the rights and needs of children today, as well as future generations of children,[xxviii] and would ensure there is a dedicated voice for children, and drive the creation of a National Plan for all children.

A National Plan for Children would counter the short-termism and crisis-driven responses of modern politics that is particularly damaging to children.[xxix] Integral to its development must be the views of children.[xxx]

The VCI survey found that 55% of Australians supported the appointment of a Federal Minister for Children and Future Generations[xxxi].

Instigate a rigorous and transparent process to ensure all policy, legislative, and decision-making processes actively consider the impact on children and future generations.

The VCI believes governments and parliaments should play a more active role in the safety and wellbeing of children in Australia, and the impact of decisions on children and future generations of children should be actively considered.

The 2013 Report of the Oxford Martin Commission for Future Generations, ‘Now for the Long Term’, has urged decision-makers to be innovative, and reinvigorate how institutions work to better serve the needs of those too young to vote, as well as future generations.[xxxii]

When asked about the role of government in protecting children’s interests nearly half (46%) of those surveyed believed that governments give ‘too little’ consideration to children.[xxxiii]

The VCI has previously written to all federal members of parliament seeking their commitment to the instigation of a rigorous and transparent process to ensure that all policy, legislative and decision-making processes, actively consider the impact on children and future generations.

This would ensure that children, who cannot vote and are excluded from influencing the political process, have their interests explicitly considered. Considering the impact on children, as well as the compatibility of legislation with the UN Convention on the Rights of the Child[xxxiv] in particular, should be an explicit process required before legislation is introduced, rather than after it has already been introduced into the Houses of Parliament.[xxxv]

Consideration of the impact on children should be considered integral to sound decision making. This process should include the views of children whenever possible, risk analysis for vulnerable children, and be reported on. 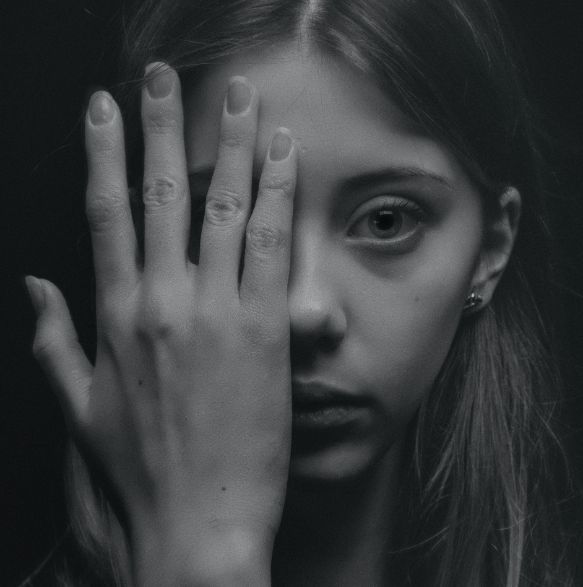