Home >> Opinion >> What Are We Doing About Child Poverty?

What Are We Doing About Child Poverty?

The Valuing Children Initiative was established in January 2016 by Parkerville and Centrecare to progress the very simple but important idea that children have value.

The Valuing Children Initiative believes in a society that values all children, not just our own; a society in which children have immense significance, not just for who they can become, but also for who they are at any time in their life’s journey; communities where children are celebrated and which make every effort to help them flourish and maximise their potential; a culture in which they are seen as citizens in their own right and their needs and expectations not melded as one with those of adults.

Wouldn’t it be amazing to live in a society where adults see their responsibility to all children irrespective of who they are and where they are from; where parents, extended families, and decision-makers, place children at the forefront of their considerations? In other words, to have a community where everyone’s children are truly loved.

The Valuing Children Initiative believes that in such a society there would be few children living in poverty, abused, mistreated, or having their needs ignored. It also believes that Australia can become such a society. The statistics tell us that there are too many children in Australia today whose life experience is far from ideal. Despite the knowledge, we have of the suffering of those children, and society having the know-how and the means to alleviate that suffering, we have been unable to make any significant or lasting change to their lives. It is not that we, as a community, don’t know what to do. There is a great deal of research and understanding of the issues and the importance of early childhood. Our political and community leaders are aware of the problems and what can be done about them. So, the question is, what stops us from making the necessary changes and providing our children with what they need?

The Valuing Children Initiative believes that there are cultural and attitudinal factors that underpin our actions and inactions. Cultural behaviours and attitudes can be blind spots for any society. It is easy to accept ‘what is’ and continue along well-trodden paths wondering why little seems to change. But let’s be fair some things have changed. The experiences of children in Australia today are not those of the children of the early 20th century. Many attitudes and behaviours have shifted along the way, children are no longer working rather than attending school, infant mortality has decreased greatly even though it remains a significant issue within some Aboriginal communities.

However, we have much more to do. We need to keep questioning what stops us from doing what we need to do. The economic arguments that are regularly provided to explain why things can’t be done have some merit, but they are used far too often and too glibly to continue to be taken seriously. We know that society’s priorities are what determines how we use our money. So what is the priority we give to our children? We know we can do better. There are other societies in the world that provide us with examples of what to do and how to do it. Scandinavian countries have a cultural positioning and attitude that allows them to give great focus and commitment to children, their needs, and their development. Their commitment leads them to provide the means that create the conditions under which children can flourish.

The Valuing Children Initiative Benchmark survey, undertaken last year, sought to gain a better understanding of attitudes to children and childhood in Australia. Our survey, one of the first of its kind in Australia, sought the views of 1,000 adults in response to a number of questions.

The survey showed very interesting results such as these:

It seems that although there is a great deal of concern among Australian adults for the long term wellbeing of children, they are still seen to have less importance than jobs and the state of the economy. Our view of children can be dominated by negative stereotypes, and the majority of us don’t believe that they are afforded the opportunity to maximise their potential.

If we are to address the poverty and associated experiences that are lived by over 700,000 Australian children, with 200,000 of them living in abject poverty, then we will need to place their wellbeing at the top of our list of priorities. We can no longer view such statistics as a given and a state of affairs to be accepted. Children are too valuable for us to allow their hardship to become simply background noise. The noise which, however uncomfortable, is largely tolerated. We need to care and value them enough to respond to their distress seriously and take the action needed to change their lives for the better.

Child poverty is not simply about economics, it is ultimately about our attitudes and the will to seriously deal with it; and that’s our individual and collective responsibility. 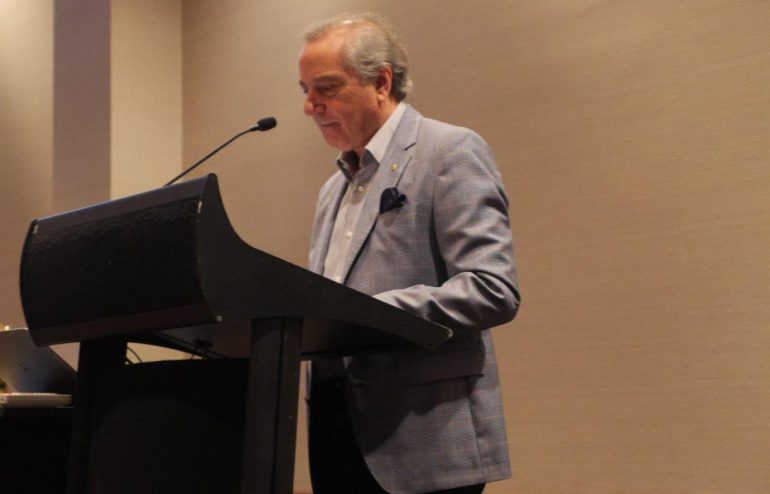