Home >> News >> The enemy of children and future generations

The enemy of children and future generations

Short Termism – The enemy of Children and Future Generations

The tendency to focus on the short term, and the inability to govern for the future, has been identified by the Oxford Martin Commission for Future Generations as characterising much of modern politics in democratic countries such as Australia.

Focus on the short term has been identified as damaging to economic reform and efforts to address issues such as climate change. Yet the impact on children, and future generations of children, has received little attention despite the fact that there is only ever one chance at childhood, and that determines so much of a person’s future. In its report ‘Now for the Long Term’, the Oxford Martin Commission has urged decision-makers to be innovative, and reinvigorate how institutions work to better serve the needs of those too young to vote, as well as future generations.

Today the evidence is overwhelming that policies that support good maternal health, invest in the early years of life and provide high-quality support and services throughout childhood, enable children to thrive, underpin desired wellbeing, health, educational and employment outcomes, and provide a real basis for tackling a range of social problems.

Yet in Australia, a wealthy and sophisticated democracy, the ACOSS ‘Poverty in Australia Report 2014,’ reported that 17.7% of all children live below the poverty line.

Children in Australia are not faring as well as they should be. One in four Australian children are overweight or obese. Today children in countries like Australia are predicted to have a shorter life expectancy than their parents due to obesity and the chronic diseases that result. The Australian Government’s 2015 report ‘The Mental Health of Children and Adolescents’ reported that one in ten teenagers had engaged in self-harming behaviour. Shockingly, the Australian Human Rights Commission 2015 report, ‘All want is a life free from violence’, estimated that one in 28 children will be first sexually abused by a family member before the age of 15 years.

The Valuing Children Initiative has written to the Prime Minister, the Leader of the Opposition and the Leader of the Greens, urging a moment of unity during the election campaign in the interests of all children and future generations of children, and to counter the tendency to focus on the short term.

It is calling on the country’s political leaders to commit to the creation of a Ministerial portfolio for Children and Future Generations and annual meetings of Federal, State and Territory Ministers to discuss policy development across portfolios for children and future generations.

The Valuing Children Initiative also proposes the establishment of a set of measurable outcomes determined by independent experts that guide policy development, and in consultation with children where appropriate; and the implementation of a rigorous and transparent process to ensure that in all government’s legislative and decision-making processes the impact on children and future generations is considered. This process should include the views of children wherever possible, risk analysis for particularly vulnerable children; and be evaluated and reported on.

It is also time to fund community awareness-raising activities to inspire Australians to value all children, understand that a child’s wellbeing is the responsibility of the entire community and ensure children are at the forefront of our considerations.

Ensuring children are at the forefront of considerations requires continuity of policy and resources, as well as rethinking attitudes and how institutions work. When children’s needs are prioritised it is reflected in decision making. The United Kingdom recently provided an example of this, when in a surprise move, the conservative government introduced a sugar levy on soft drinks specifically to improve children’s health, with the Chancellor of the Exchequer saying;

‘I am not prepared to look back at my time here in this Parliament, doing this job and say to my children’s generation… I’m sorry. We knew there was a problem with sugary drinks. We knew it caused disease. But we ducked the difficult decisions and we did nothing.’

This marks a significant change in attitude to tax reform, in part prioritising the best interests of children and future generations, as well as rebalancing immediate interests and returns for the market, against costs in the longer term for the health budget.

Valuing children must be demonstrated at the highest level. Children are powerless to choose the circumstances they are born into or the childhood they experience. All children must navigate a world they had no part in creating. It is no achievement to be born with greater opportunities or fewer challenges in life than someone else. It is the attitudes and decisions of adults and the cultural norms of the time that determine much of what a child experiences.

Children who thrive have the best chance to become happy, healthy, responsible, and contributing members of society. It is hard to imagine what the role of government is if it is not to ensure all children get that opportunity.

By Linda Savage, Convenor of the Valuing Children Initiative. 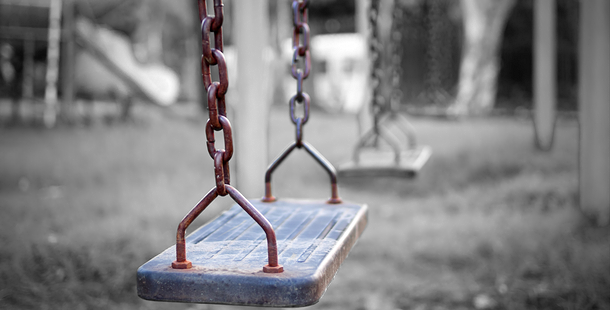