Home >> News >> What will it take to keep children safe?

What will it take to keep children safe?

How many Royal Commissions does it take to keep children safe?

A decade ago Harvard Professors Ron Heifetz and Martin Linksy counseled organisations grappling with tough, and seemingly recalcitrant problems, to ‘get on the balcony’ so they could gain a clearer perspective.

In 2016, two leading Western Australian not-for-profit Organisations Centrecare Inc. and Parkerville Children and Youth Care Inc. were grappling with the realisation that, despite their best efforts, the complexity of children’s needs and level of demand for services for children, were continuing to grow unabated. This led them to take the unusual step of allocating resources to, in effect, get on the balcony, and establish the Valuing Children Initiative to consider deeper issues of causality.

In looking for answers, it was clear that a more sophisticated approach was needed than simply blaming ‘dead beat parents’. They have always existed.

It meant putting aside, temporarily, the arguments about funding and whether it is enough. This is always going to be debated.

It also excluded debate about globalisation, neoliberal economics, the rapid pace of change, the so-called nanny state, or yearning for yesteryear. The past is the past and leaving fairness to market forces surely is repugnant to civilised societies.

Getting on the balcony meant asking hard questions about the very regard we have for children and how we value them. It meant challenging the attitudes, whether conscious or unconscious, which allow us to tolerate a life for some children that we would never tolerate for our own.

What we value is reflected in a society’s culture and prevailing attitudes, and, although sometimes forgotten, plays a pivotal role in a child’s safety and wellbeing.

Societal attitudes have always driven change, as well as expectations about what is acceptable. This is obvious when you reflect on how attitudes have changed in the last 30 years to the participation of women in public life, the protection of the environment, acceptance of ‘illegitimate ‘ children, and smoking.

Societal attitudes translate too into the priority given to a person’s rights and needs and whose voices and opinions dominate.

Nothing has provided a starker example of this than the shocking revelations of the Royal Commission into Institutional Responses to Child Sexual Abuse. The truth is that children who complained about their abuse, adults who spoke out on their behalf, and the laws in place that made the abuse a crime, were no match for the prevailing culture and attitudes of those in positions of power, who chose generally not to believe a child and put the protection of institutions and adults first. The result was that for decades both institutions and perpetrators were able to avoid scrutiny.

To better understand Australian’s attitudes to children today, the Valuing Children Initiative recently commissioned a survey about perceptions of children and childhood. Only 48% of those surveyed believe that children in Australia today all have a fair and equal opportunity to flourish and maximise their potential. Of those surveyed, 80% were concerned about the health and happiness of future generations.

These are reasonable concerns. More than 600,000 children in Australia live below the poverty line[v] and one in five children are developmentally vulnerable on one or more domains on commencing school. One in four is obese or overweight, and as a result, are part of a generation that is predicted to have a shorter life expectancy than their parents’ generation because of the chronic diseases that result.

So where is the sense of urgency by decision-makers to do better for children? Given the well-documented evidence about the adverse and long term impact of abuse, poverty, obesity, and mental illness on future health and wellbeing, not to mention the significant financial and social cost for the whole society, where is the ongoing outrage?

Part of the answer lies in the tendency to focus on the short term and the inability to govern for the future that has been identified as characterising much of modern politics, especially in democratic countries like Australia.

This focus on the short term is routinely described as damaging to economic reform and efforts to address issues such as climate change. Yet, the damage it does to children and future generations barely rates a mention, despite the fact that there is only one chance at childhood, and this influences so much of a person’s future. For children, this short-termism impedes policy development, as well as the continuity of the provision of resources and services. It undermines exactly what makes for a good start in life: consistency of services and support for children when they need them, rather than the whims of fluctuating funding and policy.

The 2013 report of the Oxford Martin Commission for Future Generations, ‘Now for the Long Term’, called for a radical shakeup in politics and business to embed longer-term thinking in order to create a more resilient, inclusive, and sustainable future. In particular, it urged decision-makers to be innovative, and reinvigorate how institutions work to better serve the needs of those too young to vote, as well as future generations.

Leadership is needed. It is time for the government to get on the balcony too and question the priority it gives to children. The Federal Government should ask why, amongst the 42 Ministers and Parliamentary Secretaries of the 45th Turnbull government, not one portfolio includes the word ‘child’.

It is just not enough to point to portfolios that provide services for children and assume that this is adequate. Two concurrent Royal Commissions into the abuse and mistreatment of children, and a 31 percent increase since 2009-2010 of substantiated cases of abuse and neglect, say otherwise.[ix] Furthermore, there can no excuse for the government being caught unaware of the concerns about the treatment of children at the Don Dale Juvenile Justice Centre.

The Valuing Children Initiative has called for a dedicated Minister for Children and Future Generations. [x]This would ensure that children, if not at the forefront of considerations, are at least always on the radar. In addition, a Minister could lead the development of a national plan for all Australia’s children.

It is also time for the instigation of a rigorous, methodical and transparent process to ensure that all policy, legislative and decision making processes by government and public bodies, actively consider the impact on children and future generations.

This would ensure that children, who make up almost one-quarter of the population, have their interests explicitly taken into account. Consideration of the impact on children and future generations should be seen as integral to sound decision making and include the views of children whenever possible.

What is needed is not just motherhood statements, but more rigorous economic modeling, for example, to ensure decision-making processes are not dominated by exigencies of today and the interests of adults. Not just glib statements, but an understanding that a feature of our evolving democracy has been its capacity to enable more and more of its citizens to have a way to be heard and participate. Today that must include children and future generations.

No child can choose the circumstances of their birth or their childhood. They must navigate a world they had no part in creating. It is no achievement to be born with greater opportunities or fewer challenges in life than someone else. It is merely luck.

With two Royal Commissions due to report in 2017, we are at a critical juncture for children in Australia. While indispensable to the acceptance and admission of past failure to protect children, Royal Commissions bring with them the risk of unintentionally implying that these concerns are now largely taken care of. Or that better policy and legislation and more inquiries, essential as they are, will be enough to bring about the change needed to protect children.

This mental shortcut would be a grave mistake. Getting it right for every child now, and in the future, will always depend on the attitudes of the adult world. There is no set and forget when it comes to ensuring the safety and wellbeing of children, not your own child, nor any other child.

Heifetz, Ronald A., and Linsky, Marty. Leadership on the Line: Staying Alive through the Dangers of Leading. Harvard Business School Press, 2002.

In a PowerPoint presentation to the ARACY Conference, ‘Making Prevention Work’ (2009), Dr. Lance Emerson (CEO ARACY), and Pam Muth (Allen Consulting Group), described the antecedents of complex problems affecting children and young people beginning with societal values beginning with how we individually and as a community value children, where the primary need to focus is because it directly impacts on attitudes and behaviours towards children, which directly impacts on programs and policies. 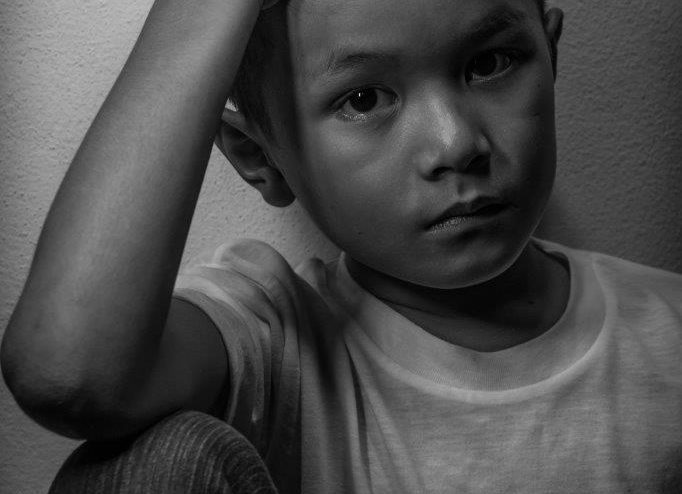