Findings from the 2021 Australian Childhood Foundation Still Unseen & Ignored report show that over the past 20 years, child abuse is of less concern to the community than problems with public transport and roads.

This attitude is alarming and will allow for the continued abuse of children and young people.

“Not only is there a lack of awareness of the issues that children face, but also a lack of belief of children who disclose abuse. The community at large remains ambivalent about trusting children and lacks all of the building blocks required to prevent child abuse and adequately act to protect them from abuse and neglect. People are not aware of the true scale and impact of child abuse and do not believe that it is as widespread as it really is, or the level of risk that children and young people face in their own homes.”

Now, more than ever, it is important to reflect on how we value children as individuals and as a community.

After all, adult attitudes inform behaviour towards children and sit behind policies, programs and services that directly and indirectly impact children. 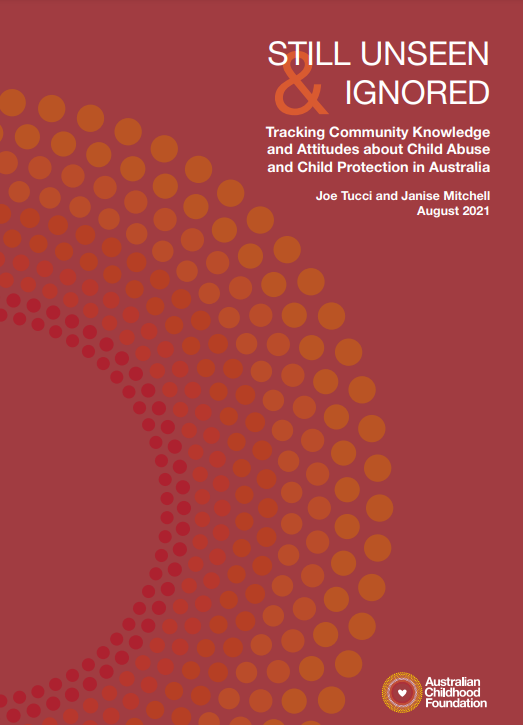