Tomorrow’s adults may well feel let down by us

How modern, affluent 21st-century Australian society can tolerate a life for other people’s children that we would never tolerate for our own.

The recent focus of The West Australian on vulnerable and neglected children raises challenging questions about how modern, affluent 21st-century Australian society can tolerate a life for other people’s children that we would never tolerate for our own.

The recent focus of The West Australian on vulnerable and neglected children raises challenging questions about how modern, affluent 21st-century Australian society can tolerate a life for other people’s children that we would never tolerate for our own.

It comes too, when a sense of disempowerment and eroding faith in institutions, is causing anger and frustration. Some are even questioning whether something is fundamentally wrong with our existing political, social, and economic order.

Politicians in particular, are being urged to find new ways to respond to voters’ concerns that they are not being heard, as well as find new solutions in today’s rapidly changing and globalised world.

Children though, cannot vent their anger, frustration, and hopes for the future through the ballot box.

Without a vote, children suffer the unconscious bias that relegates their rights and needs to a lower priority than adults, making them second class citizens just like women and indigenous Australians were before they gained the right to vote.

The recent Valuing Children Initiative Benchmark survey has confirmed this bias. When asked to rank issues of importance such as climate change, taxation, the health system, and the economy, children were only ranked 9th. Older Australians were ranked 6th.

In particular, children’s needs were displaced by ‘the economy’, perhaps reflecting the assumption that if it is performing well, the benefits will invariably trickle down to children.

This bias has meant that other things that have just as significant an impact on a child’s life and future, do not gain the attention they deserve.

It is why it has taken decades, and finally a Royal Commission, for people to be able to tell their stories of sexual abuse as a child, and the lifelong impact it has had.

It helps explain why public debate about high levels of mental ill-health, childhood obesity, sexual abuse, and the homelessness and poverty children experience in Australia today, are usually an afterthought, rather than central to election campaigns.

And it is why policy and services still do not sufficiently reflect the overwhelming evidence about the critical impact of early childhood on a person’s future health and wellbeing.

To overcome this and have better outcomes for all children, Professor Fiona Stanley has argued we must put children at the centre of our society and encourage a cultural change towards greater equality and opportunity for children.

One step on that journey is to actually acknowledge that our attitudes to children play a major role in their safety and wellbeing.

We are understandably horrified now, by the widespread sexual abuse that has occurred in our lifetime to children in institutions. It seems hard to believe it was only a few decades ago, that unmarried mothers’ children were condemned as being illegitimate or worse, or that until recently disabled children were hidden and denied access to mainstream education.

It is all glaringly obvious in retrospect but far more confronting to identify and recognise it in our own time.

Perhaps that is why there is no Royal Commission into the estimated one in five children in Australia today, who will be sexually abused before the age of 18, and nearly all in their own homes and by people they know.

Changing attitudes in the community drive social change and expectations about what is acceptable. The rapid pace of change globally has been mirrored in the changing attitudes to women’s participation in public life, the environment, and diversity in what constitutes a family.

The question then is whether attitudes to children have evolved to keep pace with what we want for them and have a right to expect?

To help propel and reflect changing attitudes to women and the environment, governments appointed dedicated ministers to ensure greater focus and better outcomes.

With a looming election, serious consideration should be given to appointing a dedicated Minister for Children and Future Generations, to ensure children are at the forefront of the government’s considerations, and their needs and rights are explicitly considered in all decision making processes. This should include whenever possible the views of children. It is time for a statewide plan for children, with a set of measurable outcomes to guide policy development across government.

It is time too, to move beyond the mindset that providing services for children, or responding to the most adverse circumstances in which they find themselves in, is adequate.

Today’s children will be tomorrow’s adults. They may well ask, given what we now know about the critical impact childhood has on their future health and wellbeing, what were we thinking! 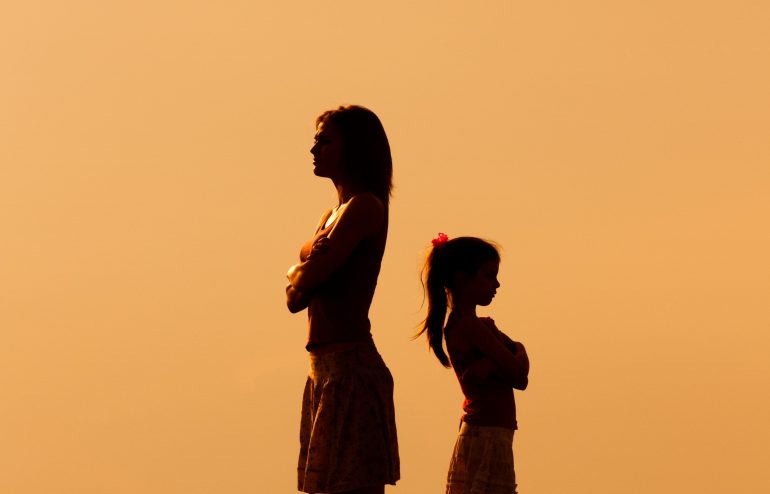